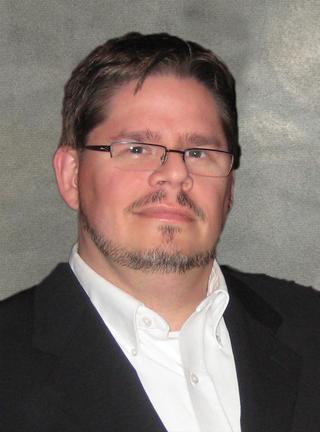 Gregory L. Mahan was born in Richardson, Texas, but spent his formative years in the greater Houston area. Gregory fell in love with the works of Andre Norton at a very young age, and soon became a voracious reader of science fiction and fantasy works. He began crafting stories for his friends and family at the age of 8 when he asked for (and received!) a typewriter as a Christmas gift.

Gregory is known for his Llandra Saga series of epic fantasy novels, as well as several Celtic music tunebooks and a how-to guide on brewing mead.

In addition to writing, he enjoys Celtic music, and has played the Irish penny whistle and low whistle since 1995. His first band, Echoes of Ireland, was featured on KPFT radio's Irish Aires program, as well as being one of the bands chosen to play for Charles Sheehan, Consul General of Northern Ireland on his visit to Houston in 2003. Gregory maintains one of the oldest and largest Irish music repositories on the internet, The Wandering Whistler Music Archives, and published his first songbook, Fifty Great Celtic Jigs, in 2002. In 2003, he joined the band Paddy Gone Wild, and was prominently featured on their CD, The Greatest Hits, released in 2008.

Gregory currently lives in Northern Virginia with his family.

Join my mailing list!
Please joing my mailing list to keep up to date with the latest happenings with the Llandra Saga. I rarely send out emails, so I won't go all spammy in your inbox urging you to buy my books.
Authors Guild
Advocates for published authors since 1912
Authors Guild Directory
A compendium of member websites
Loading…}